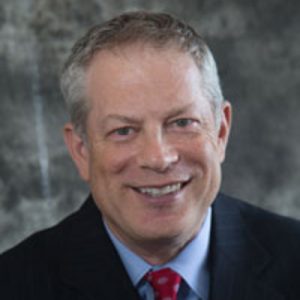 Dr. Kenneth S. Miller is a leading LASIK eye surgeon in New Jersey. He has performed thousands of LASIK surgeries and other vision correction procedures and is a board certified ophthalmologist specializing in refractive and cataract surgery. As a result of his expertise in LASIK and other vision correction procedures, he has been listed in “The Guide to America’s Top Ophthalmologists” for 2003-2019, New Jersey Monthly’s annual survey of Jersey Choice Top Doctors 2015-2019; and Montclair Magazine’s Top Doctors for 2015-2019.

He completed his undergraduate studies at Northwestern University in Evanston, Illinois. His scholastic honors during that time included Dean’s List recognition, the Order of Omega, and the Solon E. Summerfield Scholarship. He then went on to attend Northwestern University Medical School in Chicago where he received his medical degree and participated in ophthalmology research on retinal disorders and glaucoma.

After graduating from medical school, He completed an internship in internal medicine at Lenox Hill Hospital in New York City. He then returned to Northwestern University Medical School to complete a three-year residency in ophthalmology. During this time, he continued his research in the areas of cornea and glaucoma and worked with the Northwestern ophthalmologists who were involved with the FDA trials that led to the approval of the VISX Star laser. In his final year of residency, He was honored with the Northwestern Ophthalmology Research Award.

Today, Dr. Miller is a LASIK eye surgeon in New Jersey and carries on the practice founded by his father and offers the best in advanced vision correction techniques. He is a member of the medical board of Saint Barnabas Hospital’s Refractive Surgery Center and an attending on staff at Saint Barnabas Medical Center. He is also a Fellow of the American Academy of Ophthalmology and of the American Society of Cataract and Refractive Surgery. He is considered a prolific LASIK eye surgeon in the New Jersey area.