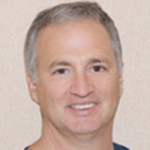 Meet Cary M. Silverman, M.D., our LASIK Eye Surgeon in East Hanover, serving Northern New Jersey. As Medical Director of EyeCare 20/20, Cary M. Silverman, M.D. oversees one of the most premier vision care facilities in the tri-state area. EyeCare 20/20 is the first practice in New Jersey to offer treatment using custom wavefront LASIK with the ALLEGRETTO WAVE® laser. As a LASIK specialist, Dr. Silverman has treated patients from East Hanover, Parsippany, and throughout North and South Jersey. He has performed thousands of LASIK surgeries over the last decade.

As a LASIK eye surgeon, Dr. Silverman has been featured prominently in several publications including USA Today, the New York Times, Hemispheres magazine, the Star Ledger, and the Daily Record. Additionally, Dr. Silverman has appeared as a guest ophthalmologist on the Health Network. He has participated in several on-line events, including a webcast on TheHealthNetwork.com and a live chat on ABCNews.com. He has also published several papers on refractive surgery.

Dr. Cary M. Silverman, and the entire EyeCare 20/20 team, constantly strive to be at the top of their game and stay knowledgeable and current with the latest practices and research in the field of ophthalmology. In order to do this, they often look to the Journal of Refractive Surgery, when it comes to finding new information and research involving Refractive Surgery. Therefore, it was a true honor when Dr. Silverman was asked to become a guest reviewer for this popular publication. As a reviewer, Dr. Cary M. Silverman helps to ensure that each article is up to date in its findings and applications, and that the article is pertinent to other refractive surgeons in the field of ophthalmology. For over 30 years, this publication has served as one of the leading sources for information and research on refractive surgery, and Dr. Silverman is honored to be a part of the process.